The whole country was plunged into its third lockdown on 6th January amid a surge in coronavirus cases. Schools were closed for everyone apart from children of key workers and vulnerable children and are not likely to open now until at least Easter time.

The Department for Education said that schools were “well equipped to deliver remote education” but concerns remain that not all children have access to a digital device to do their learning and with many parents having to work from home the family often have to share one device between them and in some cases, children don’t have any access at all meaning that some children will get further behind with their education.

After listening to the BBC Radio Sussex  ‘Make A Difference’ campaign which said that schools were desperate for devices for their pupils, Jenny Mayhew, Director of Dawson Hart wanted to do something to help. Knowing that Harlands Primary school was one of the schools asking for donations, on 19th January Mrs Mayhew presented 3 new laptops and a reconditioned one to Mr Blakeley, Headteacher of Harlands School from Dawson Hart. 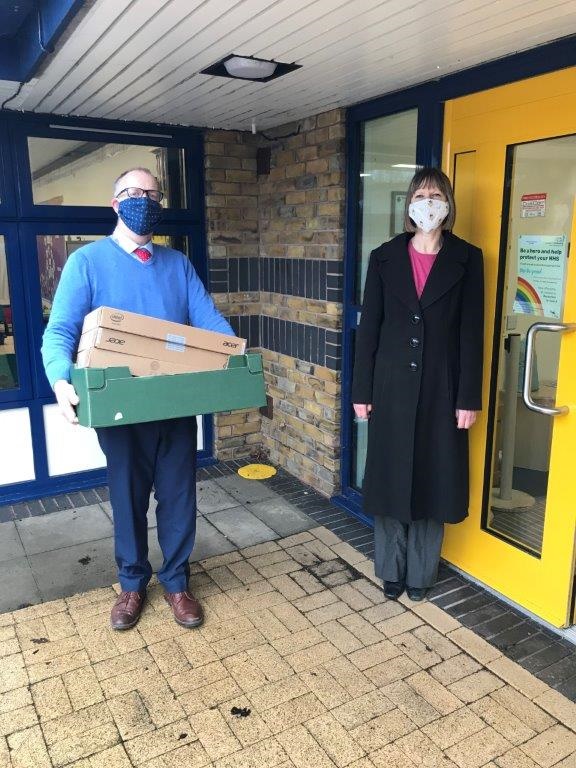 Ask us a question

We use a range of cookies to improve your experience of our site. Find out more.